About Rinks to Links

Meet the Bonvie & MacDonald behind our Rinks to Links Fundraiser.

Dennis left Nova Scotia in 1991, spending 2 years in the OHL with the Kitchener Rangers and the North Bay Centennials where his spirited play began to attract the attention of people in professional hockey. In 1993, he signed as a free agent with the Edmonton Oilers and spent 2 very productive seasons in his home province with the Cape Breton Oilers as part of his 5 year stay with the Edmonton organization.

Since leaving the Oilers, Dennis has played with Chicago, Philadelphia, Pittsburgh, Boston, Ottawa and Colorado as his “no-holds-barred” approach to the game has endeared him to home team fans in both the NHL and AHL. Always quick to come to the defense of his teammates, Dennis carved himself a professional career based on hard work and a team first attitude. In his last three seasons, as a member of the Pittsburgh organization, he played with the Wilkes-Barre/Scranton Penguins of the American Hockey League. As a three time Calder Cup finalist, Dennis has brought a wealth of experience to the game. Dennis is the only player to have over 4,000 PIM in the same league, breaking the old record held by Dave “Tiger” Williams.

Dennis has played 963 professional games including 871 AHL games, compiling 85 goals and 193 assists for 278 points while collecting 4804 PIM in his career. He has spent the last 8 years working as a Pro Scout. In 2008/2009, he worked for the Toronto Maple Leafs. From 2009 to 2015, he scouted with the Chicago Blackhawks, including for their 2010 and 2013 Stanley Cup Championship wins. The past 2 seasons he was a professional scout for the Boston Bruins.

Starting at the age of 4, Craig played minor hockey in Antigonish until he was 16. Following a year with the Nova Midget Hockey team, Craig attended prep school in Groton, MA where he starred for Lawrence Academy through his Grade 11 and 12 years. 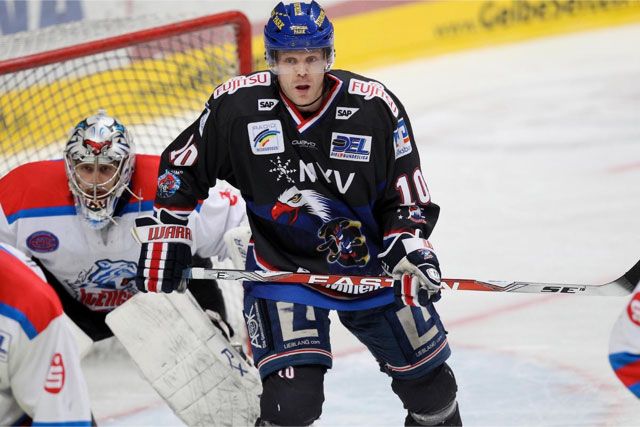 Following high school, Craig attended Harvard University for 2 years (‘95-’97), where he played both golf and hockey while studying economics. Next, Craig played for Canada’s National Team in ‘97-’98 and was a key member of the Spengler Cup winning team in 1997. That year, Craig turned pro signing a contract with the Carolina Hurricanes of the NHL, after being drafted 88th overall in the 1996 draft by the Carolina predecessors, the Hartford Whalers.

As a pro, Craig has seen action in the American Hockey League as well as the International League. As an NHL’er, he played with Carolina from 1998-2003, including the “Canes” improbable run to the Stanley Cup finals in 2002. In the 2003-2004 season, Craig skated with both the Florida Panthers and the Boston Bruins. In 2004-2005, he played for the Lowell Lock Monsters of the AHL. The 2005-2006 season saw Craig as a member of the Calgary Flames. In 2006-2007, Craig was a member of the Chicago Blackhawks, splitting his time between Chicago and Norfolk. In 2007-2008, Craig played 65 games with the Tampa Bay Lightning. He was a Bill Masterton award nominee in 2008. This award is given to the NHL player who best exemplifies qualities of perseverance, sportsmanship and dedication to hockey. In 2008-2009, Craig was a member of the Columbus Blue Jackets organization spending time in both Columbus and Syracuse. From 2009-2013, Craig played in the German
Elite Hockey League for both the Dusseldorf Metro Stars and the Adler Mannheim Eagles.

Craig retired in the fall of 2013, having played 969 professional games, compiling 175 goals and 325 assists for 500 points. On June 6, 2015, Craig was inducted into the Athletic Hall of Fame at Lawrence Academy (Groton, Massachusetts) where he attended high school. Craig currently works as an Investment Advisor for BMO Nesbitt Burns.